Sure, there was another day. Day 2 (to be honest there was even one in between, but due to the rain we spent this whole ‘middle’ day exploring the region by car, meeting people and searching for new opportunities for the future).

Anyway, we came to Banja Luka to ride hidden MTB trails and our riding buddy and friend Ozren was more than willing to show us some secret trails he usually rides. Trails that would take us far out of the city up to the green hills above. Sure we could not start before having a hot coffee in already familiar Bajka bar (as a no-coffee drinker I had freshly squeezed orange juice; better get used to because that’s me:). 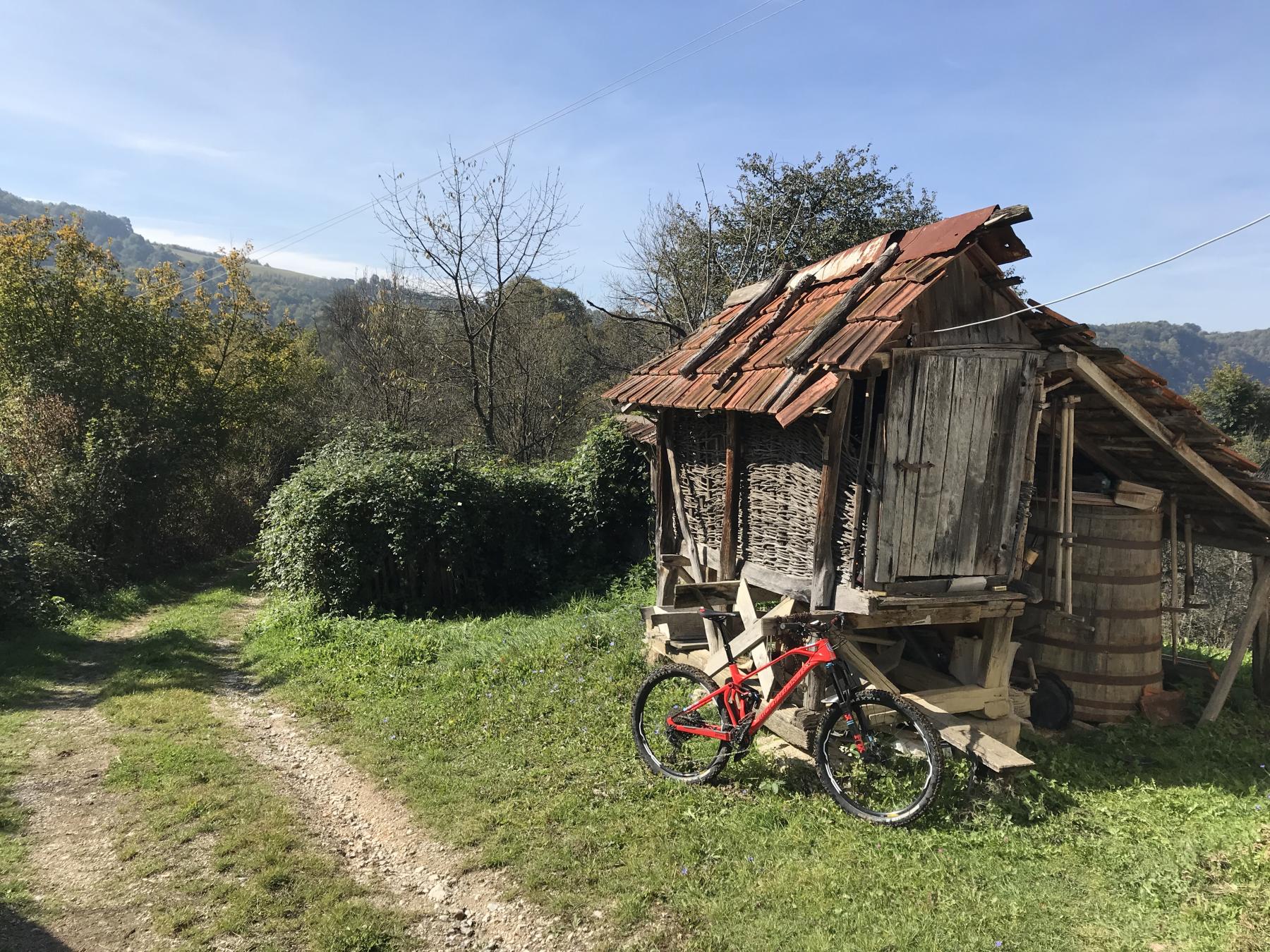 Up we rode. We had to because Banja Luka is surrounded by steep hills narrowing into the gorge of Vrbas river down to the south. The first few miles we followed the narrow road through small villages and solitude houses. Once even had to step off the mountain bikes and walk a few meters due to the muddy and steep trail. And then just in a sudden we found ourselves in the middle of almost abandoned countryside. Hardly seen trails and old roads covered with grass, small farm houses that lost their beauty long time ago but still attracted us with remoteness and  solitude. A man with his old dog cut the wood beside the road to prepare for cold winter. Wood up here is the only source of energy.

Ozren suddenly turned sharp left drove through some bushes and stopped. We could have easily missed the trail. A steep grassy slope opened in-front of us. Down bellow in a green narrow valley we could see a small farm and a few men working outside. A thin line of smoke was coming out of the chimney. I took a few photos of my friends speeding down through the grass and followed them the same way after I had packed my camera back into my backpack.

A barking dog rushed straight to us and expressed its way of saying hello. Men surprised to see three aliens with out of their time bikes stopped their work and for a second didn’t know what to say. Ozren helped us out in a moment. We shaked hands and we were immediately treated with what is so typically Bosnian: slivovitz. Home made, of course.  The vibe, these men, the farm and everything hit me with such an immense power. This was their home for decades. In the middle of nowhere, more than an hour away from the city these hard working men still fought for daily bread. But they were warm, friendly and looked content. They showed us the way and we waved goodbye. 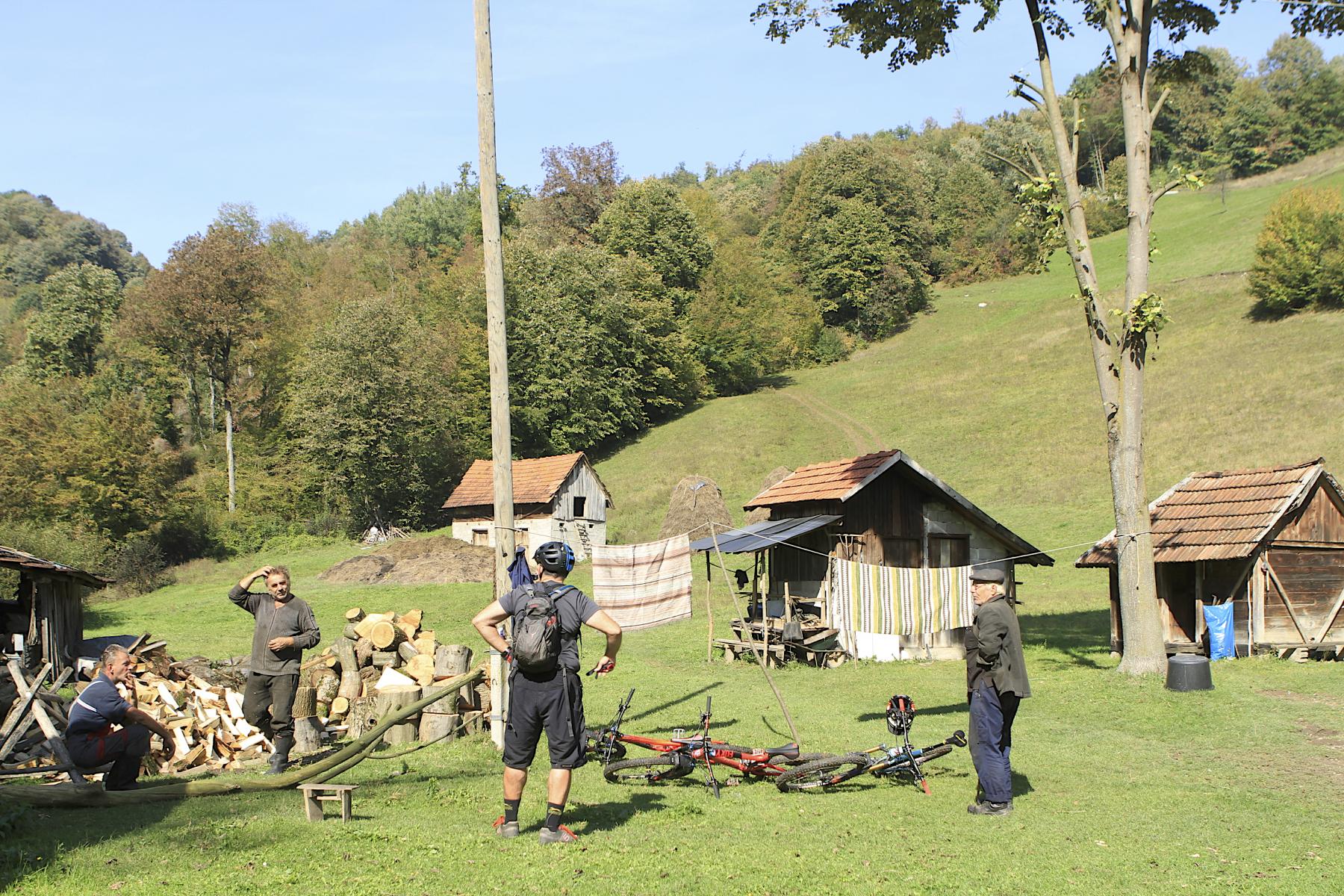 There was a small river running through the valley. We spotted a bridge barely deserving its name and crossed the river. On the other side there was a small farm again, just a house and another man sitting behind the wooden desk in the shadow of an old walnut tree. A warm welcome we got and an invitation to cross the bar and have a drink and  walnuts with apples with him. Talking, laughing and sharing. It was not easy to say goodbye again. This was what MTB adventure in Bosnia was all about.

The rest of the MTB trail led us through bushes and trees, along the small river and uphill again. The steep and rocky trail took us down to Vrbas river just at the outskirt of Banja Luka. Just before coming back to the civilisation again we passed the old abandoned gypsy settlement.

The best part of the trail Ozren kept hidden to the last minute. Warm natural springs just next to Vrbas river. The place can be crowded during summer months but that day we were alone. What a great finish. We took off all clothes and jumped straight into the largest pool, big enough to accommodate three mountain bikers. The water had 30 degrees :)

The last few miles was a relaxing ride along the river straight to Ozren’s home. Bike washing, packing and setting MTB plans for the future kept us busy just before we left Banja Luka, confident to come back. 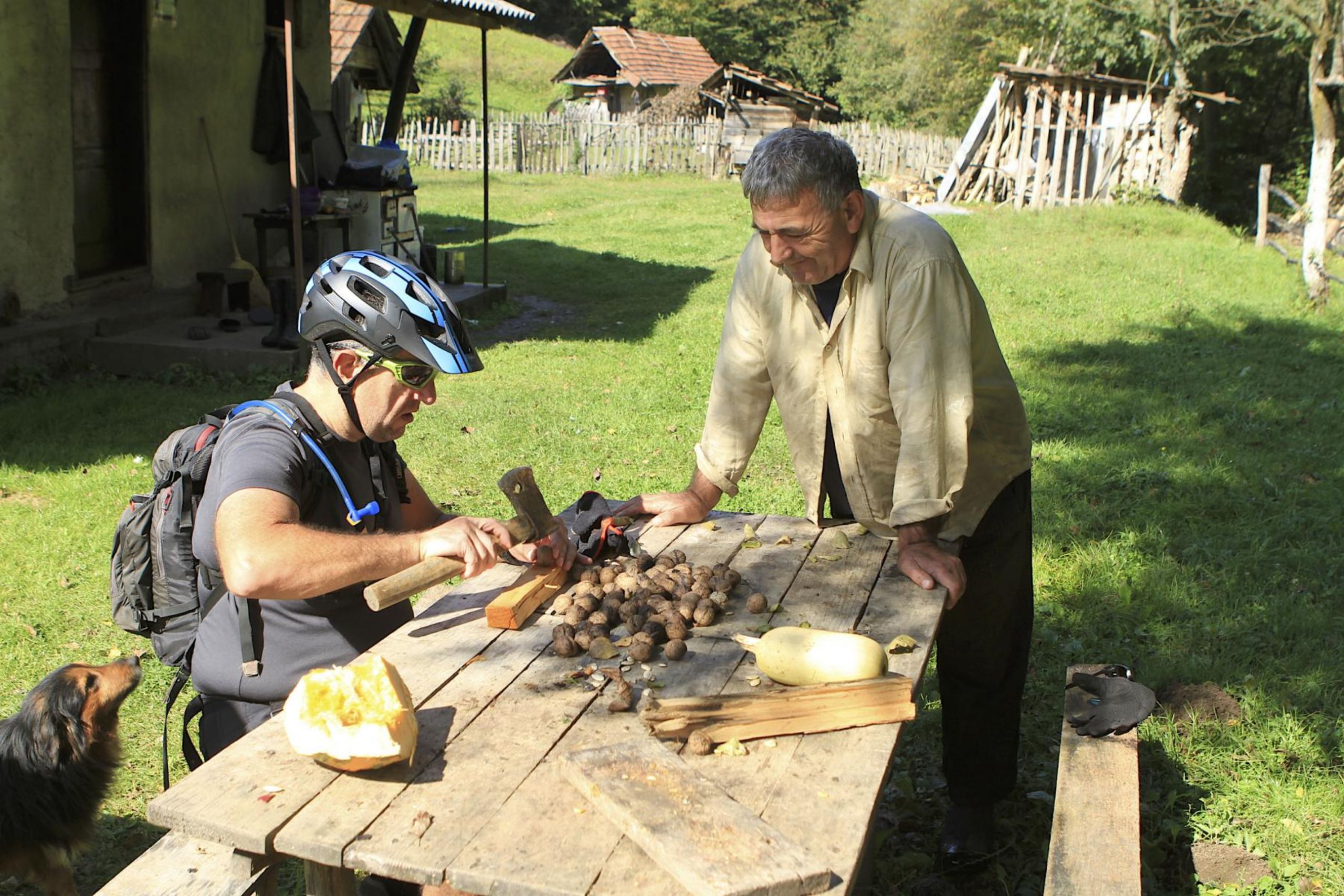 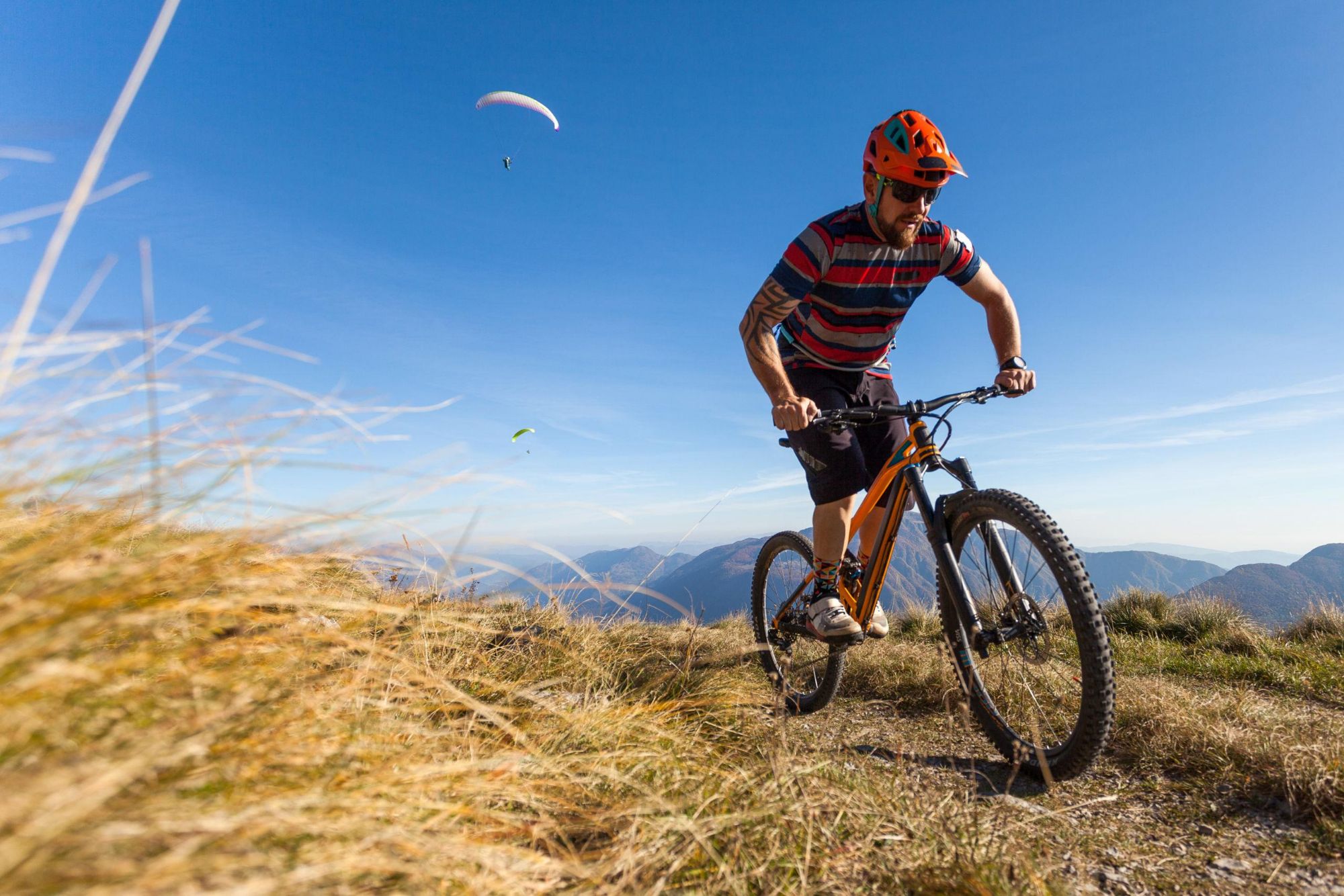 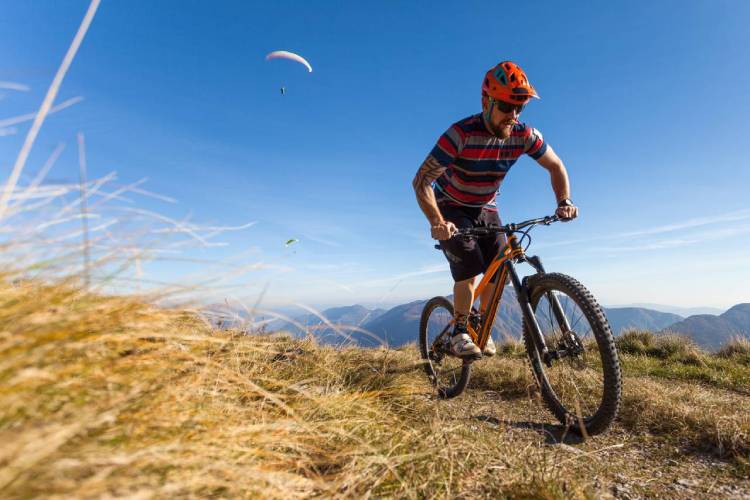 We use cookies to offer you a better browsing experience, analyze site traffic, personalize content, and serve targeted advertisements. Read about how we use cookies by clicking "More information". If you continue to use this site, you consent to our use of cookies.